Flying high on the Iron Range

In the fall of 1996, I found myself recently graduated from the University of Minnesota-Duluth and like most college graduates, I was clueless about what my next step was going to be.  I seemed to be heading toward a career in journalism having served as the editor-in-chief of the student newspaper and completing an internship in television news.  At the time, however, I was more concerned about quality of life, not the actual job to which I would apply my communication degree.

Growing up in the St. Croix Valley of western Wisconsin, I had fallen in love with the north country during my years in Duluth.  One thing I knew for certain was that I did not want to join the mass exodus to the Twin Cities.  I wanted to live no farther south than Cloquet.  I wanted to remain where I could backpack the Superior Hiking Trail, paddle the Boundary Waters and ski the best hills in the Midwest.

One morning while reading the Duluth News-Tribune, I saw an ad for Northwest Airlines’ reservation center in Chisholm and a light went off in my head.  I could move to the fabled Iron Range, which I knew was located halfway between Duluth and Ely; the gateway to the wilderness!  I also discovered it would be a straight shot through the beautiful Superior National Forest to get to the North Shore.  Most importantly, I could become a season passholder at Giants Ridge, one of the most underrated ski areas in Minnesota.  And when I wasn’t skiing the Ridge, I would have a fleet of aircraft at my disposal to take me to mountain ranges around the world!

Thus, began a 25-year whirlwind of adventure.  Working at Northwest, which became Delta Air Lines, in the Iron Range has turned out to be the best decision of my life. 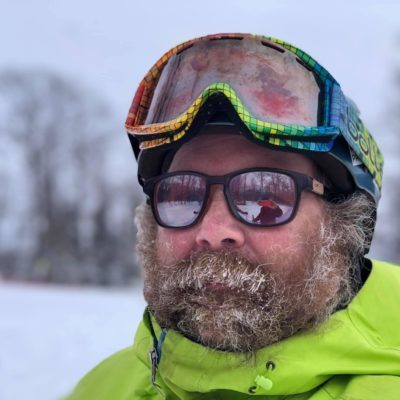 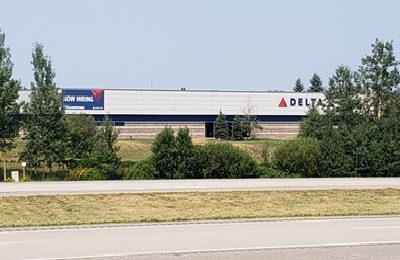 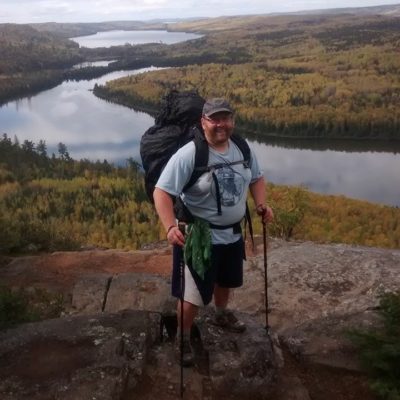 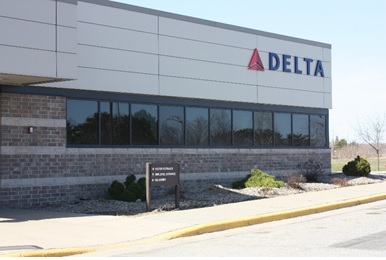 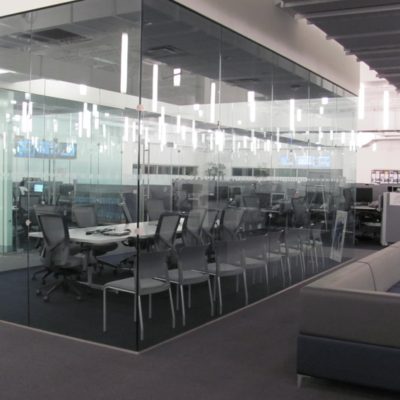 I began my career working evening shifts which was perfect because I could ski Giants Ridge every day that I wasn’t travelling – which I did a lot.  My first few winters included trips to Montana, Wyoming, Utah, California, British Columbia and Alaska.  Some seasons I skied over 100 days, 30 of which would be out west.

In the offseason, I embraced my love of hiking with trips to places such as the Grand Canyon, Yosemite and Mount Rainier.

One Sunday night I called my mom and she asked how I had spent my weekend.

“I went hiking,” I replied.

That Friday I happened to notice lots of open seats to Kalispell, Montana.  The next morning, I drove six miles to the Range Regional Airport, hopped on a flight to Minneapolis, connected to Kalispell and by early afternoon I was hiking in Glacier National Park.

It’s not just the travel perks that make Delta a great company to work for.  Along with excellent health and wellness benefits, we make a great starting pay with increase over time.  Factoring in the cost of living here on the Range, you can live quite comfortably.  There is also no fighting traffic on the way to and from work.  In fact, you can ride your bike on the Mesabi Trail from any Range city virtually right to our office!  I’ve biked to work several times from Hibbing and even inline skated once!

After moving here, I discovered that it’s not just our proximity to the Boundary Waters and the North Shore that makes living here so wonderful.  We are literally surrounded by lakes and forests to explore.  Plus, we are just a stone’s throw from the new Redhead mountain bike park across the road!

In the summer, I go swimming at McCarthy Beach State Park nearly every evening.  There’s no better way to end your day than swimming in northern Minnesota’s crystal-clear water as the sun sets in front of you and loons call in the distance.  Sometimes, I’ll drive there immediately after work and will pitch my tent and read by the campfire before returning to work the next morning relaxed and refreshed.

Through the years, I’ve met several co-workers who also enjoy the outdoors and we started a club to get co-workers outside.  We’ve gone hiking, backpacking, canoeing, kayaking, rafting, snowshoeing, biking and skiing and new people are always welcome.  Many times, I’ve been thanked by friends who didn’t know about many of the opportunities for outdoor recreation that we have in our own backyards.

I’ve also found rewards in volunteering.  I’ve done trail work and outreach for the Superior Hiking Trail Association.  I’ve also volunteered as a mountain host at Giants Ridge and have helped with the Hibbing-Chisholm alpine ski team.  Giving back to the lifestyle I love is something special.

As the years went by, I started a family and was happy to raise my two boys on the Iron Range.  They attended the excellent Hibbing public school system, singing in the high school choir on the same stage where Bob Dylan cut his teeth. They also raced on the high school ski team which sharpened the skills they would take to the big mountains.  After graduation, my oldest son continued his education through the graphic design-media program at nearby Mesabi-Range college in Eveleth.  He currently is employed as a videographer/editor in Detroit Lakes and my youngest son has just begun the same program this fall.

Sometimes people ask if I regret not pursuing a career in journalism. I tell them, “Not one bit.”  I really wanted to be a professional skier, hiker or paddler.  In many ways I am.  Working for Delta gives me lots of time off, especially with the opportunities to trade shifts, giving me ample time (and money) to enjoy the lifestyle I love.  Of course, I suppose that would be true for anyone, even if your passion isn’t the outdoors.

But if it is, being a Customer Experience Specialist for Delta on Minnesota’s Iron Range is a pretty good gig.